The capital city of Algeria is often called “Algiers the White” for the way the city’s white buildings rise up from and glisten off the Mediterranean Sea. The rich history of this metropolis dates back to its founding in 944 A.D. and can be experienced through its breathtaking architecture. Algiers features several historical mosques with the Grand Mosque, the longest standing, bearing an inscription testifying to its existence in 1018. The casbah, the city’s central fortress, was constructed in the 16th Century and includes the palace from which the dey, the Algerian ruler during the Ottoman Empire, reigned. Most recently, the striking Monument of the Martyrs opened in 1982 to celebrate Algerian independence. 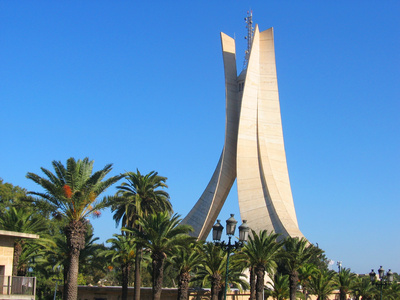